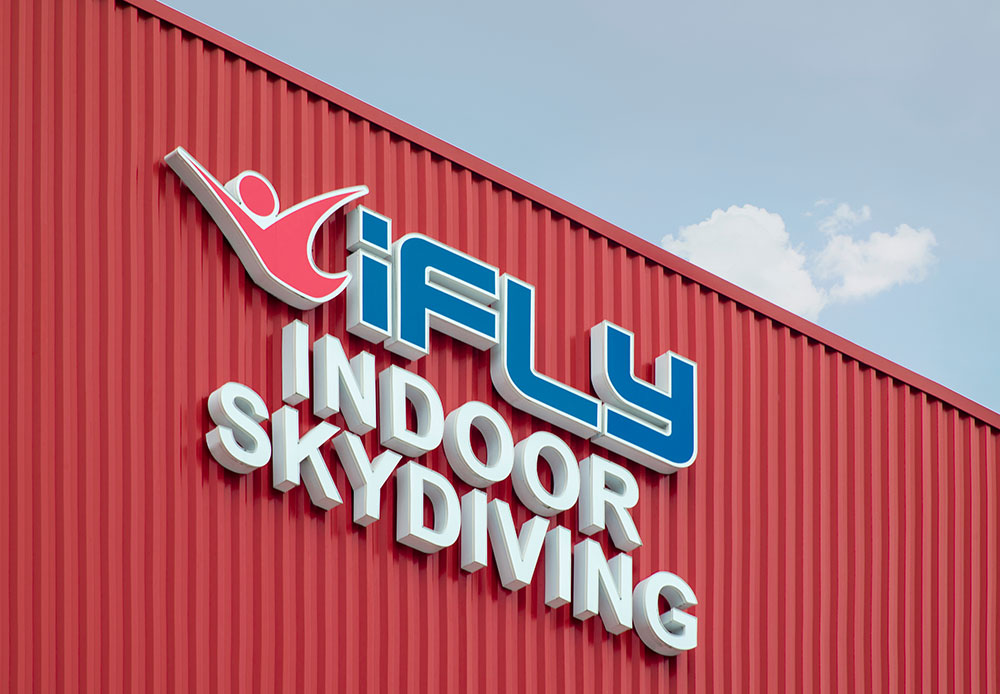 With the help of her granddaughter, 92-year-old Dorothy Williams slipped her left foot into the leg of her royal blue and red flight suit followed by her right foot. Then she zipped the flight suit all the way up to her neck before donning a shiny blue helmet – her silver hair peeking out of the bottom.

It was going to be a good day to fly.

Mrs. Williams was a little scared but also excited. She traded jokes with her instructor as she learned the safety rules and basics of indoor skydiving at iFly. Mrs. Williams has been a resident at Shavano Park Senior Living for about a year where dementia and stage 4 cancer haven’t slowed her down.

“She’s always on the go, she has a lot of friends,” said Shavano Park’s Memory care nurse, Ashley Shipman.  “Almost every day she’s going to lunch with someone. She has been able to still have a very full social life here.”

For this special event, Mrs. Williams’ son, Brian attended and her daughter-in-law and granddaughter joined in by taking the class along with her.

“I think it eased her fears to have them along,” Ms. Shipman added.

The iFly trip was part of Shavano Park’s Vibrant life program, Livin’ the Dream, which gives residents an opportunity to try something they’ve always wanted to do. “I try to figure out what they might like to do and make them a reality,” said Kevin Van Orman, the Vibrant Life program director

Mrs. Williams was originally from England and she met her husband during World War II. He has since passed away. While she has difficulty remembering things she’s in good physical health for now. It’s not clear when the stage 4 cancer will start to overtake her physically so the staff knew they wanted to do something big for Dorothy.

Mr. Van Orman said he spoke to Mrs. Williams several times before her skydive letting her know the event was just around the corner.

After getting dressed the three generations of Williams women sat through the general instruction for flying in the vertical air tube. Each dive lasts just a couple of minutes. Mrs. Williams actually flew twice, Van Orman said.

Having her daughter-in-law and her granddaughter fly with her made it that much better, Van Orman said.

“I think it was good that her family was doing it with her, she was comfortable and she had a huge smile on her face the whole time,” he said.

Ashley Shipman said she remembers Mrs. Williams waving at everyone, smiling and joking around while other residents from Shavano Park’s memory care sat along and watched in awe. Dorothy can be seen around the community sporting her ifly t-shirt from time to time.